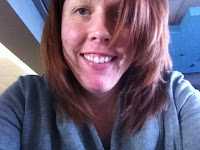 Four weeks from this very moment, I will be in transition.  Having said goodbye to my life in Fort Wayne, I will be preparing to board a plane from Chicago that will take me across the grand old ocean.  It has been an interesting last week.  I expected to work one full last week at the hospital and then hop on a plane to go see family all around the country.  While the latter has begun, my week looked little to what I had anticipated.  Shortly after Thanksgiving, my knee, which had never posed any problem to me, decided to protest my upcoming move to Uganda.  Within a few short hours, my knee began to ache and swell.  After ignoring it for a couple of days with no improvement in symptoms, I went into the doctor's office.  And within one week, I was limping into the hospital for surgery.  That was Tuesday... four days ago.  The surgeon, a believer, sped up the clock and scheduled surgery the day after I saw him.  A miracle in the medical world especially in December.  A piece of cartilage had broken off and was floating around inside of my knee.  There were areas of cartilage that needed to be repaired.  A simple surgery with an overall simple recovery.  And yet, such a gift to have it addressed before I left.  Time to recover and heal.  A testimony to me of just how involved Jesus is in our lives.  Wow.... a week later and I would have been traveling the country (or wouldn't be and missing time with family).... a month later and I would have just landed in Africa....so thankful that even in the small things, HE IS.  And so, with a list of things to do and a heart realizing the impending change, I bring this very short entry to an end.  God is...  in the details of all that needs to be done, the visits with friends and family... and with me as I allow Him to prepare my heart for this next season of life.  (Posted a few days later.....)
Posted by Kimberly at 1:52 PM No comments: