A little bit of a Lot 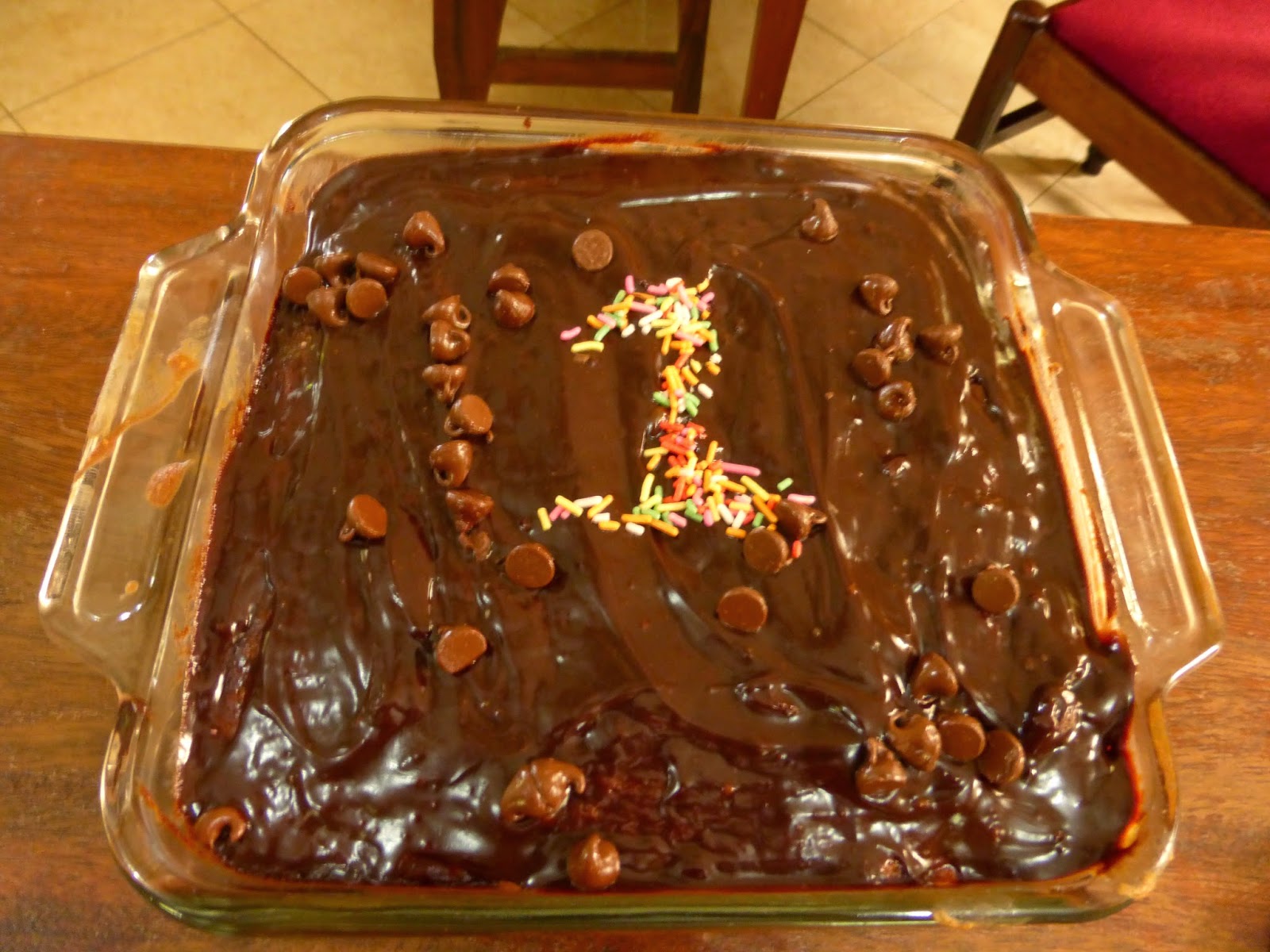 A few days back, I joined up with U. Ronald and A. Rebecca to have a little birthday celebration.  It was a bittersweet event.  We picked up a variety of sodas and sat around a birthday cake.  Imprinted in the middle of the cake was a "1" formed out of sprinkles.  He would have been one.  We started singing Happy Birthday and though several of us started, I think that only one was still singing at the end.  The tears choked up our external ability to sing over this little boy now nearly 3 months gone.  Internally, we cling to the truth that our God is good and that despite my assessment concluding that he was taken far too early, I choose to rest in God's plan and His goodness.  We choose to rest in that.    It's easier to stand in some days than others... but it's a stand I am committed to standing.   So Frankie... Happy Birthday Little Man! I trust that you are running around having the sweetest of ALL times!

I feel like there is so many other things I can share.  This past weekend, a small group of us ventured two hours away to a rhino preserve.  We were out in the bush! It was an adventure of all sorts and a time to simply REST.   We entered the rhino preserve early afternoon.  We found our lodge and settled in.  Late afternoon, we took off in the park to meet up with the ranger who was going to take us to the rhino's.  The only problem was we never found the ranger.  We drove around in wild safari land for about an hour before we found ourselves back home at the lodge.  While it may sound scary and truth be told we were probably oblivious to the true potential of danger... the truth is we laughed a lot and It was good!

The next morning, one of the staff joined us on our drive to the ranger.  With his help, we arrived at our destination and was able to go out and meet the wild rhinos.   And by meet, I mean that we kept a safe distance of approximately 30 meters.  An upset rhino is not something to contend with.  And an upset or nervous rhino with a baby rhino is surely not something to contend with.  So we didn't.  We just took pictures and enjoyed watching these amazing creatures.  And amazing they were....

And on a personal note, God is growing me and challenging me.   And it has been... it's been hard, good, and a little of everything in between.  He is weeding out the parts of me that need to be weeded out and while I wade through the process, I know that it is for good.  I love being here... I love the opportunities to talk with, laugh with, and to be used by Him.

Some of the highlights of the last month (and a few days):

*Heading out to Musana and participating in a dental clinic---watching nearly 80 people receive much needed dental care.

*The absolute honor of being present with Caleb and Alair in the arrival of their sweet little Nora Jean.   There are no words to watch God doing something... HUGE and AMAZING.

*Joining with friends Kate and Natasha in a weekly Bible study.  Yes, the study is sweet... but the time of fellowship and going deep in conversation is food for the soul.  So thankful!

*Joining in another Bible Study each week with friends Hannah, Chrissy, Wesley, and Jennie.  Another source of connection and sweetness.

*Deepening relationships here.... growing ones, deepening one, and new ones.

*Turning the clinic van into an ambulance... a couple of times recently  One in particular where I was sure the man was going to die.  Chest Pain, diaphoretic, with a thready pulse did not mean good things to me.  We sped our way to Kiwoko Hospital honking the horn frequently and praying out loud for the life of this man.  Hours later, he was in emergency surgery with a dangerously low pre-op hemoglobin and a perforated stomach.  I've seen him several times since and his smile seems just that much wider... that much more joyous.  He is alive and doing well!

*watching a near empty cistern filling up quickly after the huge amounts of rain.  Yes, it's good for farming and agriculture... it's also appreciated for indoor plumbing, faucets, and... truth be told... showers!

*visit from friend back home in Indiana... Laurie.  Good conversations, times to pray, and to just hang out and journey life together.

*times to hug, hold, and care for the children that come through the doors of the clinic.  It's been a slower pace during the clinic hours the last couple of weeks... more time to spend with each child that comes in... to learn their names and to get to know them better.

*I have just over half of the money I need for a vehicle raised.  Thank you to each and everyone of you who have contributed, prayed for, and supported me in this journey.  If you have any questions.... you are welcome to email me or message me.  Thank you! 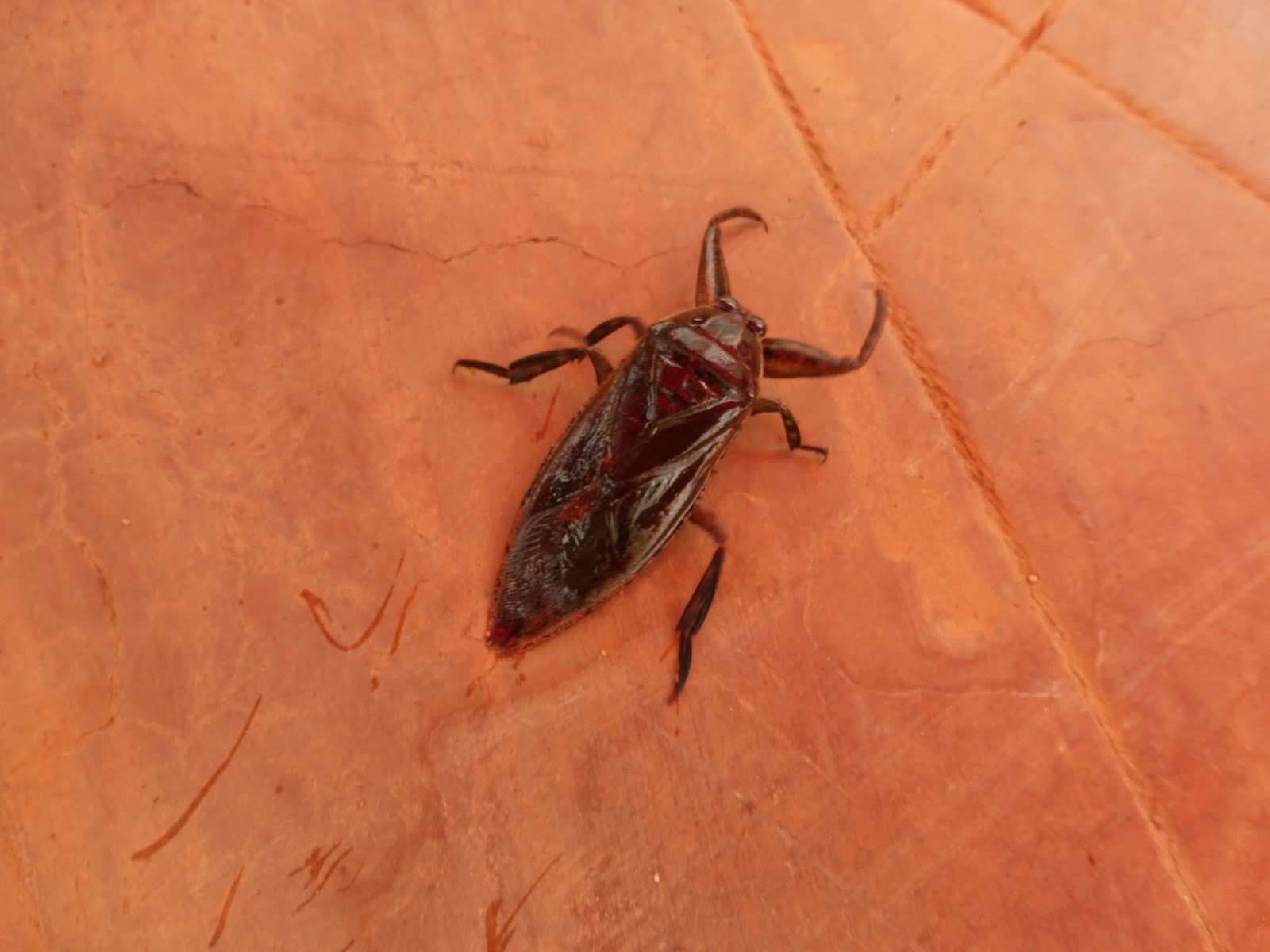 *A short bout with malaria and a possible near bite by an alligator tick.  I won't say much more than showing you a picture of the bug that was on me.  The first is the actual bug... but there was nothing to size it.  So, later when we saw another... we snapped a picture of that one.  Rumor has it that the one on me was bigger.   I was in the pool with two friends when I noticed that there was a massive bug on me.... we all got out screaming... and though some may say they were coming to rescue me... neither of them did.  ( ;  Just a few minutes ago, I learned that this beatle is not benign... it's actually a vicious little critter.  Apparently the bite is one of the most painful bites.... though the article also made it clear that the bite has no medical significance.  So all drama set aside... I am healthy!

*Stretching and growing and learning how to live the life fully that God has for me here.  I would be so thankful for your prayers in this area.  There are so many opportunities... so many ways in which to connect, serve, and be.  They all sound good... but really trying to get a sense from Jesus on what each of my days looks like and to be obedient to what He has for me.